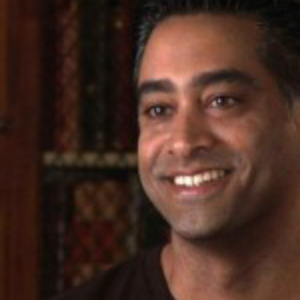 Sanjeet was a student at UCSB when he became ill.  After leaving school, he was diagnosed with a mental health condition and was hospitalized several times during the next four years. He struggled with the side effects of medication, with memory impairments, and with the pain of having been diverted from his dreams.

A year later, he began visiting a program.  With the support of their psychosocial rehabilitation programs and the dedication of the staff, Sanjeet began to move toward recovery. Describing the support of a particularly committed staff member, Sanjeet explains, “These illnesses can be so traumatic, and that type of connection is needed to give hope to the person just to start to try again. So, he offered me the type of relationship that made me feel like it was more than just his job to see I got well. He was able to convey that ‘I care about you as a human being. I believe in you so much.'”

During this time, Sanjeet volunteered at a senior health center, and he soon enrolled at Santa Monica College.  After transferring to UCLA, he graduated with a B.A. in psychology, and he later received his Master of Social Work at USC. Sanjeet is currently a social worker in private practice.

Sanjeet's tremendous compassion for those suffering from serious mental illness led him to LEAP, where he became involved and eventually became a Senior Faculty member. Sanjeet applies in practice both his passion for, and insight into, the all too real experiences of those suffering from serious mental illness and his understanding of the conflicts created when the person does not understand s/he has an illness (anosognosia).

Sanjeet has conducted LEAP trainings both in California and around the USA receiving excellent reviews (available upon request).