The LEAP Foundation for Research to Practice (LFRP) changed its name to the Henry Amador Center on Anosognosia as of April 1, 2021.

The name was chosen in memory of Henry Amador, a compassionate man diagnosed with schizophrenia in his 20s, who never believed he was ill — but ultimately accepted treatment and lived a fulfilling life, because of the trusting relationship he developed with his brother, Xavier.

Dr. Xavier Amador’s research on poor insight (anosognosia) was inspired by his brother’s success and resulted in the development of LEAP (Listen-Empathize-Agree-Partner) — an evidence-based communication approach designed to create relationships with people who have serious mental illness (SMI). Dr. Amador co-founded LFRP in 2017 and will remain the CEO of the Henry Amador Center.

The new name will also allow for a broader variety of services to be offered under the CONTINUED MISSION as a nonprofit 501c3, to educate the public about the unmet needs of people with SMI and anosognosia — a neurological symptom that leaves a person unable to understand that they are ill, resulting in treatment refusal, noncompliance, and conflict.

The GOAL is to provide anosognosia education and training programs (including LEAP) that helps create relationships with people with SMI, that lead to treatment and recovery.

“Anosognosia” was included in the new name in a purposeful effort to make the widely unknown symptom (and the #1 reason people refuse treatment), more known and understood — so when we hear “I AM NOT SICK, I Don’t Need Help!”, as Henry once said, we can stop trying to convince the person of something that is impossible for them to understand and start developing a trusting relationship.

Like our new Facebook Page before April 15th and get a 25% OFF code to a May LEAP webinar! 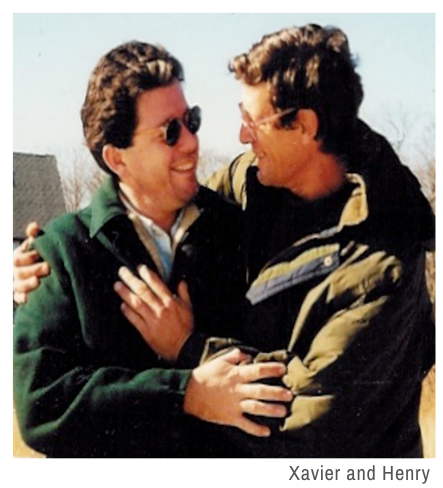